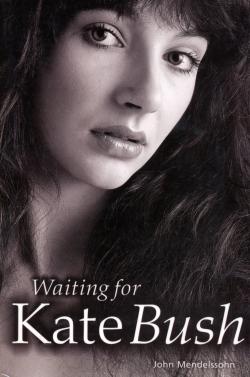 Book written by John Mendelssohn, published on 15 November 2004 by Omnibus Press. It is part biography, part novel. It describes the adventures of former American underwear model, Lesley Herskovits, who, in spite of his remarkable good looks, reserves his loathing for himself. By the time Kate had taken to keeping her fans waiting literally ages between albums, he'd found himself a boarding house near Kate's birthplace that accommodated only fervent Kate fans. Only his disinclination to miss her eighth album, after waiting more than a decade for it, kept him from suicide.

According to John Mendelssohn, he's been in contact with Kate Bush fans who are "reasonably obsessive", not least Andrew Marvick, who he describes as a "pre-eminent Kate scholar": "I asked him if he would read the factual parts of the book and call my attention to any mistakes. He wrote me this incredibly long letter, it must have been 10,000 words, telling me how irresponsible I was and how I'd shirked my duty by not writing about her more seriously. His point of view is that Kate Bush deserves serious musical scholarship no less than Brahms does."

David Stubbs in The Guardian (UK): "This is a bizarre literary concoction - part potted biography of Kate Bush, part novel. (...)
The meandering plot, involving suicide attempts, overeaters' clubs, a weird anti-bullying scheme and a Pop Idol-type show, is marred by the dialogue. Nevertheless, you keep reading - fascinated as to how, when, or even if these two parallel texts will converge."