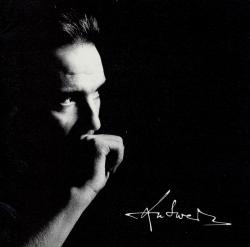 Answers to nothing - album sleeve

According to Midge Ure in an interview on WFNX in Boston in January 1989, he met Kate Bush at a social event and passed on a tape of the song to her and told her that he'd like her to participate. She called him back a couple of days later and said that she was very moved by the song and that she'd do it, but he had to send her all the tapes, and that she'd add her vocals herself. She then called Midge back a week later and told him that she was finished.

There are several versions of the song: the album version and two single edits. Although 'Sister and brother' was never released as a single, an edit, clocking in at 4'12, was made and finally released on a 1998 reissue of the album on CD. A 2010 reissue of the album features an 'alternate single edit', which is 4'46 minutes long. Finally, this 2010 reissue also featured two 'work in progress mixes', but on these versions there are no vocals by Kate Bush.

Midge Ure about 'Sister and Brother'

I'd first met Kate Bush in 1978 when 'The Kick Inside' first came out. Both she and the Rich Kids were signed to EMI and we ended up doing loads of TV shows together. Everybody in the band fancied Kate and wanted to get to know her better but nobody ever did. We were both at the Prince's Trust party at Kensington Palace so I asked Kate if she'd do a duet with me. She asked me to send over the multitracks because she was in the middle of recording her own album. I did, but I didn't really expect to hear back for months because I knew she was under pressure.
She called up a couple of days later and said, 'I've done something, do you want to come over and hear it?' I drove out to her house and she put on this tape and said in her little-girl voice, 'I really hope you like it, Midge'. I sat there listening with a tear in my eye. It was fantastic. She had taken hours multitracking and overdubbing lead and harmony vocals. I was really touched that she'd spent so long on something I'd done and asked for nothing in return. (Midge Ure, If I was...: the autobiography. ISBN 1-85227-144-2)