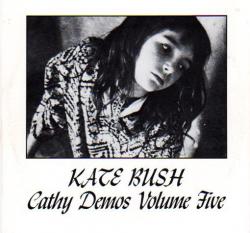 Song by Kate Bush, based on a poem by John Carder Bush. Recorded as a demo, presumably in 1976. The song has never been released officially, but it did end up on various bootlegs. The song is also known as 'Before The Fall'.

John:
"He got her drunk very quickly.
Holding hands, they found the broom-cupboard,
Where he had control as far as the fall,
When his hand covered wet hair.
She took over among furniture wax,
Dust, the cloying yellow of polishing-cloth.
When he was sick, she comforted him."

Kate:
Oh, hush, my friend, and sleep,
And cuddle to the wind.
And sleep on through the waves
That may wet your lover's dream.

We have been far through this night long hours.
We will go far, tomorrow, out of sight, ooh...

John:
"He couldn't do it properly;
The disco, the office, the pub,
Had left out those details of delight.
Satisfied, he would collapse out,
Puzzled at why she still squirmed,
Held onto him, tears curling into her mouth.
This was something their stories always omitted:
That her joy would seem like pain,
When he focused after his release."

Kate:
Do sand and shells and stones
Peep in through your night?
But you should not be hurt
For all will pass with time.

We have been far through this night long hours.
We will go far, tomorrow, out of sight, ooh...

John:
"In the third week of the relationship
She was tripping on organic acid,
Would stop to pick up a rained-out leaf,
Would give it tenderly into his hand--
Full of dead things before they reached the car.
When they drove she sat with mouth open
As though photographed on the impact of a stomach punch,
Her right fist gripping the skin of his left leg.
Hooking the steering-wheel closer to his heart,
He feared her, and slapped out sideways into her face.
She entered the cut with her tongue,
Gurgling gratitude for the strange taste."

Kate:
Do you fear the dark?
Then hush, and realise
That though the angels never come,
Prayers can soothe your mind.

We have been far through this night long hour.
We will go far, tomorrow, out of sight, ooh...