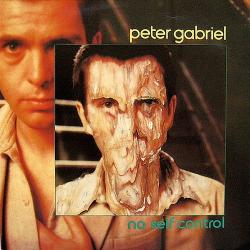 Song written by Peter Gabriel. Originally released on his third self-titled solo album in 1980. Also released as a single from the album in May 1980. Prior to the song being recorded in the studio, it was performed live by Gabriel under the working title 'I Don't Know How To Stop'. The track features Robert Fripp on guitar, Phil Collins on drums and Kate Bush on backing vocals.

There are two versions of the song: the original album version and a German version, entitled 'Keine Selbstkontolle', in which the backing vocals by Kate are unchanged.

'No Self Control' was released as a 7" single only.