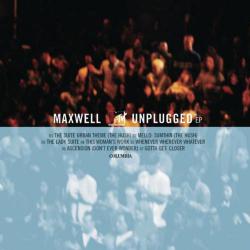 The album 'Unplugged' featuring a cover version of 'This Woman's Work' 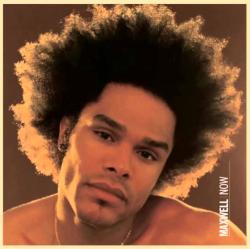 The album 'Now' featuring a cover version of 'This Woman's Work'

Maxwell was born in Brooklyn, New York (USA) on 23 May 1973. Maxwell's father died in a plane crash when Maxwell was three years old. His mother grew up in a devout Baptist household in Haiti. During his childhood, Maxwell sang in a Baptist church. After receiving a low-cost Casio keyboard from a friend, the Brooklyn, New York-native began composing music at age 17. Already a fan of what he described as "jheri curl soul", which was the trademark of early 1980s R&B acts such as Patrice Rushen, S.O.S. Band and Rose Royce, Maxwell began to teach himself to play a variety of instruments. According to him, the R&B of the early 1980s contained "the perfect combination of computerized instrumentation with a live feel", and that the genre's dynamics later became lost due to the influence of hip hop on R&B.

Maxwell progressed rapidly, and by 1991 he was performing on the New York City club scene. He started to record songs for a demo tape, which he circulated among his friends. Maxwell's performances continued to draw interest and increase the buzz about him, and he was called "the next Prince" by a writer from Vibe magazine who attended one of his shows. After earning a considerable reputation, Maxwell signed a recording contract with Columbia Records in 1994.

His debut album 'Maxwell's Urban Hang Suite' was released in 1996. It was not an immediate commercial success, but it was helped by the release of its second single 'Ascension (Don't Ever Wonder)'. Eventually becoming a million-seller, the album was also a success with critics. Despite only having released only one album, the music video television channel MTV saw his burgeoning popularity and asked him to tape an episode of the concert series MTV Unplugged in New York City. The show was taped live on 15 June 1997, and he performed his own songs as well as covers of songs. One of them was a cover of This Woman's Work. The episode first aired on 22 July 1997. An EP of Unplugged songs - including his Kate Bush cover - was released a week earlier.

After his second album 'Embrya' (1998), Maxwell released 'Now' in 2001. It was his first number 1 album in the USA, and featured a studio recording of his version of This Woman's Work. Subsequent albums 'BLACKsummers'night' (2009) and 'blackSUMMERS'night' (2016) were also successful, especially in the USA and Canada.