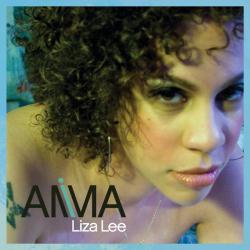 The album 'Anima' by Liza Lee, featuring a cover version of 'Wow'

Born and raised in Reading, PA (USA). When Liza was four, she began taking tap dancing lessons. She was supposed to sing at recitals, and soon took to singing more than dancing. She appeared in children's musicals including 'Annie' and 'The Wizard of Oz'. When she was 13, her mother took Liza to New York where she gained a manager and began working in professional shows.

After having a busy career acting and performing on stage, in off-Broadway shows, film, television, commercials, cabaret, touring productions and as a model, Liza Lee began to grow tired of the routine and found herself increasingly drawn to the freedom and spontaneity of jazz. Liza studied jazz for a few years while still working in musical theater. Eventually she moved to New York where she met pianist Bruce Barth who became her jazz teacher and accompanist. After a year, with Barth's help Liza made a five-song demo that was sent around and resulted in steady work. She also studied technique with Jeannette LoVetri.

Her first album 'Scarlet Mark', released by her own label Jazz Doll in 2004, featured original songs as well as covers of the Beatles and Cole Porter. During a tour in the Dominican Republic, she contracted Dengue Fever. Slowly recovering from this, she suffered a stroke in May 2006. She eventually fought back and released the album 'Anima' in 2009. This album featured a cover version of Kate Bush's song Wow. She donated all of the proceeds from the album to the Society for Women’s Health Research.