Still from the music video of 'Lake Tahoe' 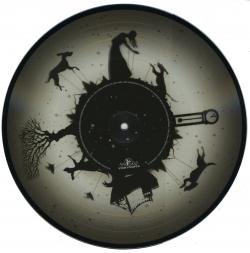 Although not originally released as a single, a picture disc 10" single was made exclusively for Record Store Day in 2012 in a limited edition of just 2000 copies. On the B-side the track Among Angels was included.

It was because a friend told me about the story that goes with Lake Tahoe so it had to be set there. Apparently people occasionally see a woman who fell into the lake in the Victorian era who rises up and then disappears again. It is an incredibly cold lake so the idea, as I understand it, is that she fell in and is still kind of preserved. Do you know what I mean? (John Doran, 'A Demon In The Drift: Kate Bush Interviewed'. The Quietus, 2011)