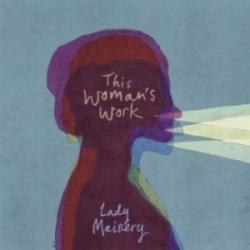 Artwork for the digital single 'This Woman's Work'

In 2011, Lady Maisery released their debut album 'Weave & Spin' and were subsequently nominated for the Horizon Award in the BBC Radio 2 Folk Awards, and for Best Debut in the Spiral Awards.

In 2013, they released a charity download single to mark International Women’s Day on 8 March: a cover version of This Woman’s Work, with proceeds donated to the charity coalition 'End Violence Against Women'. This preceded the release of their second album, 'Mayday'.