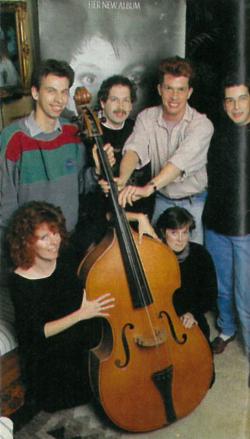 Dutch fanclub, based in Breda (Netherlands), which started in 1980. The club was founded by Joshja Brans. He was soon joined by Rob Assenberg, Arie den Draak and Eric Vermeer. In 1987 Theo Haast also joined the fanclub board. Joshja's wife Laila and Arie's wife Diana also helped out. In the beginning their relationship with EMI Records in the Netherlands was virtually non-existant, but by the end of the 1980's that had improved. The club's membership usually hovered around the 200 mark.

The fanclub published its own magazine called 'Kate', which appeared irregularly between 1981 and 1996. The fanclub folded by the end of the 1990's when the internet became the go-to medium for Kate Bush fans.