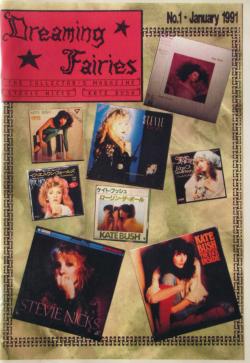 German fanzine (in English) dedicated to Kate Bush and Stevie Nicks, with a focus on collecting. The fanzine was run by Peter Borbe and Carsten Mosdzien (8 June 1968 - 23 August 2008) from Essen (Germany). In 1991 and 1992, five issues were published. Front and back colours were in colour, but the 34 page magazines were otherwise in black and white.