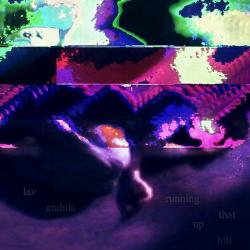 'Running Up That Hill' - single cover

Lav Andula is based in Flagstaff, Arizona (USA). Debuting in 2014 with 'Dysthymic Autonomy', the music is best described as dreary electronic darkwave. In 2017, the album 'x8x' was released.

In March 2018, Lav Andula released a cover version of Running Up That Hill.

The album 'Atrophy' was released in August 2018.