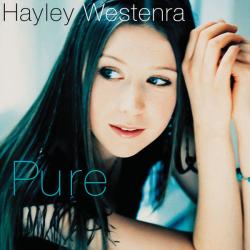 The album 'Pure' by Hayley Westenra

Hayley Dee Westenra was born in Christchurch, New Zealand on 10 April 1987. She began performing at age six when she was cast in the lead singing role of 'Little Star' in the Christmas play at her school, Fendalton Open Air School. After the show, a teacher who had watched the performance approached her parents to tell them that their daughter was "pitch perfect". The teacher encouraged Westenra to learn how to play a musical instrument; Hayley soon after learned to read music and play the violin, piano, guitar, and recorder.

Westenra attended Cobham Intermediate School in 1998 and 1999, where a performing arts building was later named in her honour. She won a talent quest in her first year (Year 9) at Burnside High School, which she attended from 2000 to 2003. At 12, Westenra entered a professional recording studio to record 'Walking in the Air', a demo album originally created for friends and family. After finishing her album, Westenra and her sister Sophie busked in Christchurch, giving away a few of the original 70 albums. A 1000 more albums were pressed, which they sold on the streets. One woman, a journalist with Canterbury Television, asked Westenra to appear on air.

Gray Bartlett, the director of a concert promotion company, saw the show and became interested in working with Westenra. Shortly after, she was offered a recording deal with Universal Records New Zealand. In 2001, she released a self-titled album of show tunes and light classical songs, as well as 'My Gift to You', a CD of Christmas music.

Westenra's albums were successful in New Zealand, but she was not well known worldwide until she signed a contract with Decca Records and recorded 'Pure', a CD of classical, light pop, and traditional Maori songs. The album included a cover version of Wuthering Heights. The album enjoyed record success: it became the fastest-selling international debut album in the history of the UK classical chart, with 19,068 copies purchased in its first week alone, quickly reached No. 1 on the British charts, and entered the UK Pop Chart at number 8.