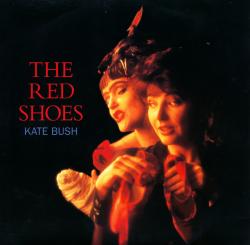 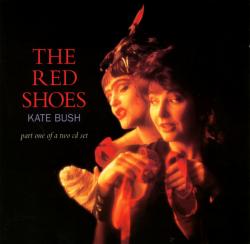 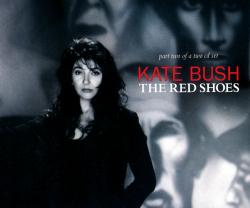 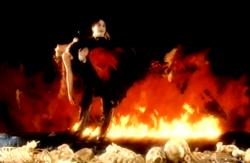 Still from the music video for 'The Red Shoes'

Song written by Kate Bush. Originally released on her seventh album The Red Shoes. Also released as a single by EMI Records in the UK on 4 April 1994. Lead track of the movie The Line, The Cross and the Curve, which was presented on film festival at the time of the single's release.

'The Red Shoes' was released in the UK as a 7" single, a cassette single and two different CD-singles. The 7" single and cassette single feature the B-side track You Want Alchemy. CD-single 1 added 'Cloudbusting (Video Mix)' and This Woman's Work, and CD-single 2, released one week after the other formats, features Shoedance (see below), together with the single remix of The Big Sky and the 12" version of Running Up That Hill.

There are three versions of 'The Red Shoes': the album version, which was also used on the single released, and 'Shoedance', which is a 10 minute remix by Karl Blagan of 'The Red Shoes', featuring excerpts from dialogue from the movie The Line, The Cross & The Curve. Finally, there's the version from Bush's album Director's Cut in 2011.

The music video for 'The Red Shoes' was also used in the movie The Line, The Cross and The Curve.

'The Red Shoes' was covered by E-Clypse featuring Emma Price, Goodknight Productions and The Hounds Of Love.