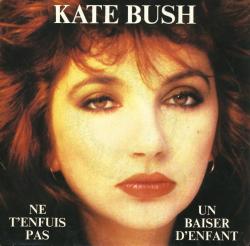 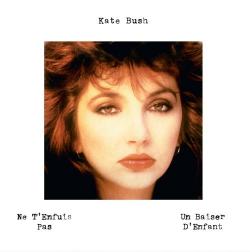 Song written by Kate Bush with French lyrics by Patrick Jeaneau and Vivienne Chandler. 'Ne T'enfuis Pas' ('Don't Run Away') tells the story of a woman, worried that her lover is about to leave, wrestling with her conscience over her plans to make him stay.

The song was originally released as the B-side of the singles There Goes A Tenner (in the UK) and Suspended In Gaffa (in Europe). The title was misspelled as Ne T'en Fuis Pas in both instances, which means nothing in French. In July 1983, the song was released as a single in France and Canada, featuring Un Baiser D'enfant on the B-side.

In September 2019, a limited edition 12" single, featuring the remastered versions of 'Ne T'enfuis pas' and 'Un baiser d'enfant' was released in France. Copies were sold out within days, but more copies were pressed later in the year.

There are two versions of 'Ne T'enfuis Pas': the original release on There Goes A Tenner and Suspended in Gaffa and the remix version (featuring 'cleaner' sounding vocals) appears on the 1983 single release and on the This Woman's Work Anthology 1978-1990 box set, released in 1990.