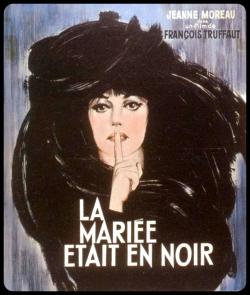 It is a revenge film in which a widowed woman hunts the five men who killed her husband on her wedding day.
During a cocktail party celebrating his engagement, a young Frenchman named Bliss is lured onto the terrace of his elegant Côte d'Azur apartment and pushed to his death by a mysterious woman dressed in white. A short time later, the woman appears in a rural mountain village. After enticing Robert Coral, a timid bank clerk, into inviting her to his dingy bachelor apartment, the woman kills him with poisoned wine. The third victim is René Morane, an aspiring politician with a wife and son. Once the wife has been tricked into leaving their suburban home to visit her mother, the woman poses as the son's teacher and gains entry into Morane's house; she locks him in a storage cupboard and leaves him to suffocate. Before each victim dies, the woman reveals that her name is Julie Kohler, the widow of a man who was shot to death on the steps outside the church where they were married. The fatal bullet had come from a building across the street where five men had been playing with a rifle which accidentally fired. After her mother prevented her from committing suicide, Julie vowed to have revenge on all of her husband's killers. Fourth on the list is Holmes, a dishonest car dealer, who is saved from Julie's vengeance when he is arrested by the police for handling stolen merchandise. Going on to her final victim, a painter known as Fergus, Julie agrees to be his model for a series of illustrations depicting Diana the Huntress. Although he eventually expresses his love for her, Julie kills him with the bow-and-arrow prop she used while posing. By deliberately not blacking out a wall painting Fergus made of her and then appearing at his funeral, Julie is easily recognized by Corey, a close friend of both the first and fifth victims. Openly admitting her guilt in the four murders, Julie is handed over to the police and imprisoned in the same jail where the fraudulent car dealer, Holmes, is now an inmate. While helping the matrons serve food to the prisoners, Julie takes a carving knife and completes her revenge by stabbing Holmes.

This film provided the inspiration for Kate's song The Wedding List.